In 1985, the Théâtre du Soleil staged a play about one of the most terrible events in contemporary history. An 8-hour-long saga by Hélène Cixous, The Terrible but Unfinished Story of Norodom Sihanouk, King of Cambodia, was created at the Cartoucherie. The mise-en-scène was by Ariane Mnouchkine.
In January 2007 Ashley Thompson started a project with the Théâtre du Soleil to recreate the play in Khmer. The play would use Ariane Mnouchkine’s original mise-en-scène, and the actors would come from the Phare Ponleu Selpak school of Battambang.

While working on the French version in 1985, Ariane Mnouchkine had perhaps secretly hoped the play would someday be performed in Khmer in Cambodia. Under the guidance of Ashley Thompson (a lecturer in the School of Fine Art, History of Art and Cultural Studies of the University of Leeds, and an expert in Khmer cultural history), a group of promising young artists was found in an exceptional school: the circus students of the Phare Ponleu Selpak school of Battambang.

The Théâtre du Soleil started working with the Phare Ponleu Selpak school through drama workshops. Maurice Durozier and Georges Bigot (who played King Sihanouk in the original French play), were the first to arrive, in December 2007. They were followed in January 2008 by Ariane Mnouchkine, who organized a workshop. She was succeeded in this role by others, including Hélène Cinque and Delphine Cottu, who have worked with the Théâtre du Soleil since 1997.

These first projects planted the seed for the creation of a demanding artistic project with these young Cambodian actors. It would be a long-term collective endeavor. Several meetings with members of the Théâtre du Soleil were held on this, the only play on the recent history of Cambodia.
The Théâtre du Soleil gave the project to Georges Bigot and Delphine Cottu, who worked closely with Hélène Cixous, the writer of the original French play, and Ang Chouléan, the Cambodian translator. Bigot and Cottu drew on their own experience to give the young actors roles based on collective research and stage improvisation. The actor is creator in this democratic and original take on the theater. They themselves played all the characters in order to experience what the actors eventually would, and to better show the actors the way. With the modest means of the theater at their disposal, they taught them to give, to see and to receive, to put their imagination in the service of “visions”. These “visions” have many possible origins: childhood, rituals, artistic traditions, and even memories or stories of the war and the terror it inspired. This was a work of memory. The goal was to have the public (re)discover the terrible but unfinished story of Cambodia and its people, whose present tragedies make the country a major recipient of development aid.

The play is a political commentary and a call to critical arms, exposing the nexus of international and interpersonal complicities in the build-up to the Khmer Rouge genocide, as epic global struggles play out in the microcosm of a small ‘non-aligned’ country. It is also a highly poetic literary work in which a particular historical-political situation is brought into communication with other artistic explorations of tragic human destinies, as Cambodia is also a metaphor for the world, for the stage, for the conflicting voices in the tormented conscience of an embattled prince.
By bringing this extraordinary play, originally addressed to a European audience, ‘back’ to Cambodia; by enabling it to be reappropriated, indeed recreated,’ by a nascent Khmer theatre company in what are difficult and not particularly hopeful times in Cambodia; by subsequently organising an international tour of this Khmerified European play about Cambodia, we have aimed to set in motion a process of creative theatrical exchange and elaboration that we hope will offer new critical and artistic opportunities both in Cambodia and beyond.

The Khmer-language staging of Sihanouk has been conceived as providing a kind of critical counterpoint to another historic international staging of Cambodian history: the UN-backed International Tribunal set up to try the crimes of the Khmer Rouge, currently in session in Phnom Penh.

The ‘delocalised’ staging of ‘Sihanouk’ is central to a new approach to and reflection on what has become a somewhat sterile debate over ‘Western’ and ‘Eastern’ notions of public or civic memory, the memorial and the progression of history. For example, the question of ‘Never Again’: what are the implications of the suggestion that a certain memory, a certain active cultivation of memory, can serve to prevent the repetition, in the future, of the past? This project will involve a complex process of translation of a modern history play about a (post)colonial heritage written for Western audiences into the ‘idiom’ (linguistic, cultural, political) of the post-colony.
Ashley Thompson. 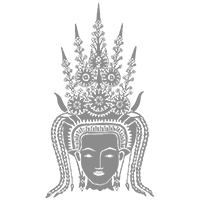